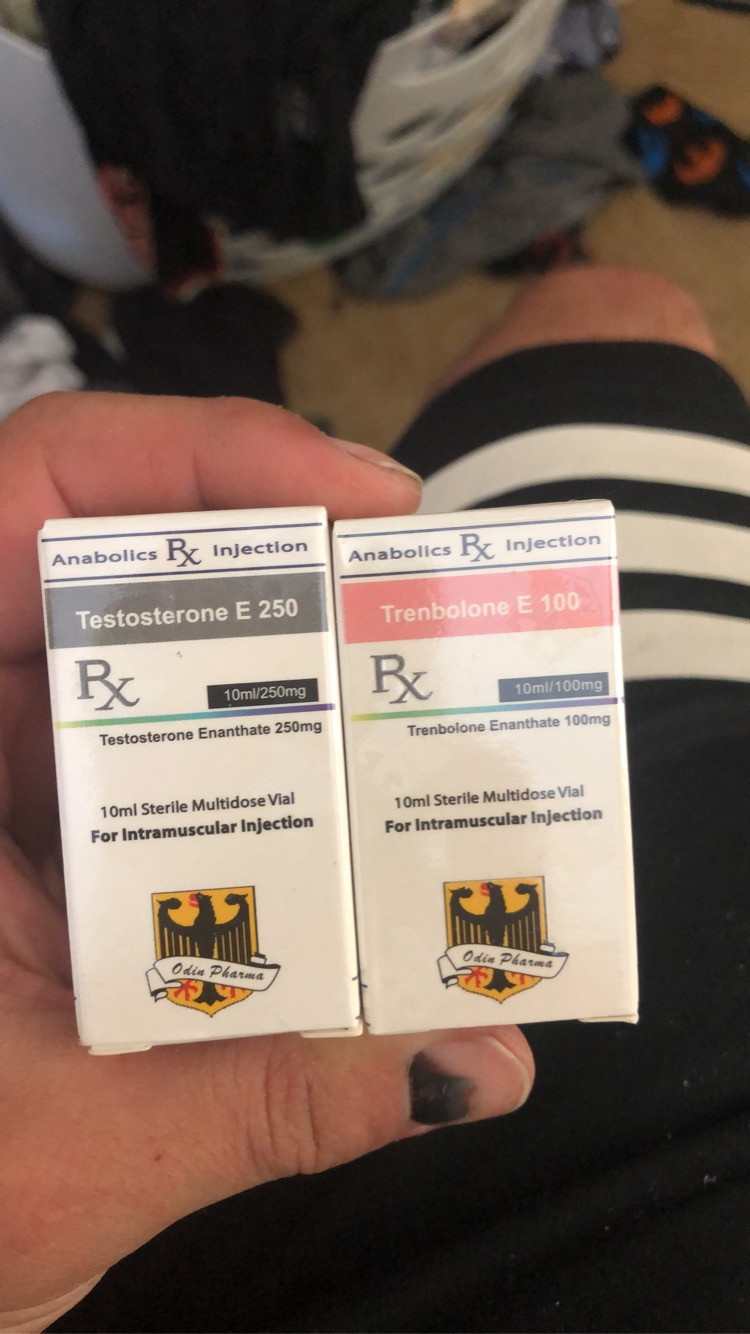 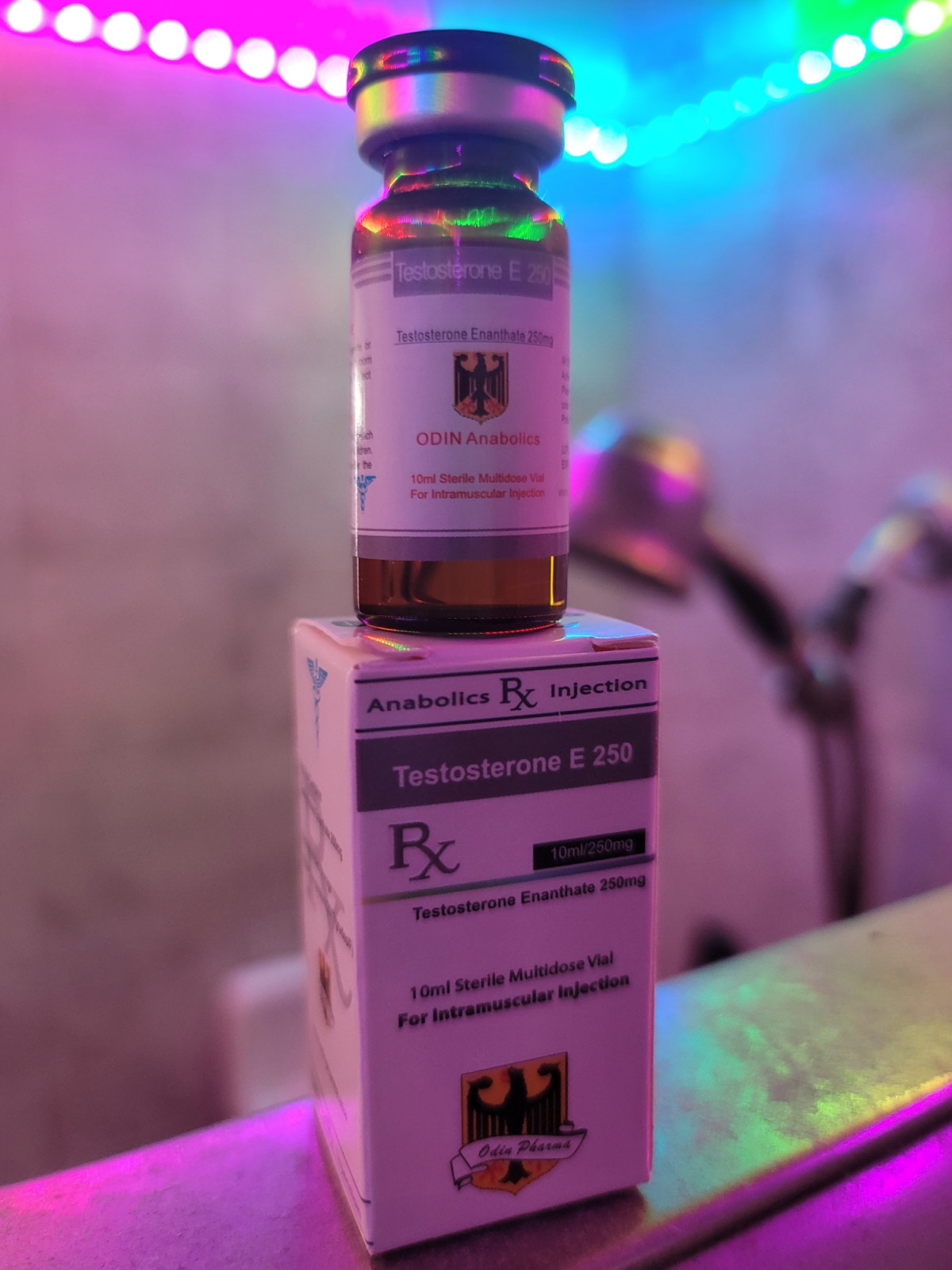 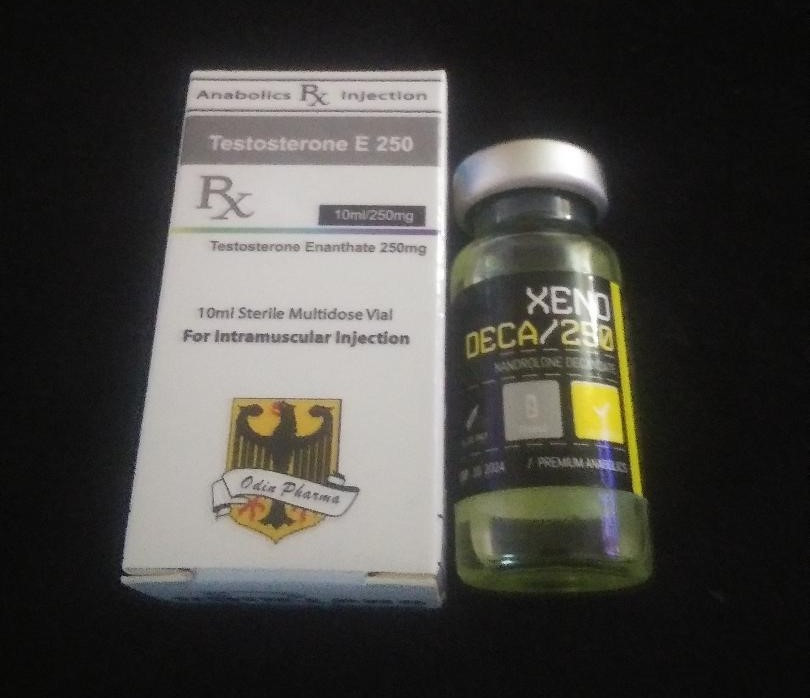 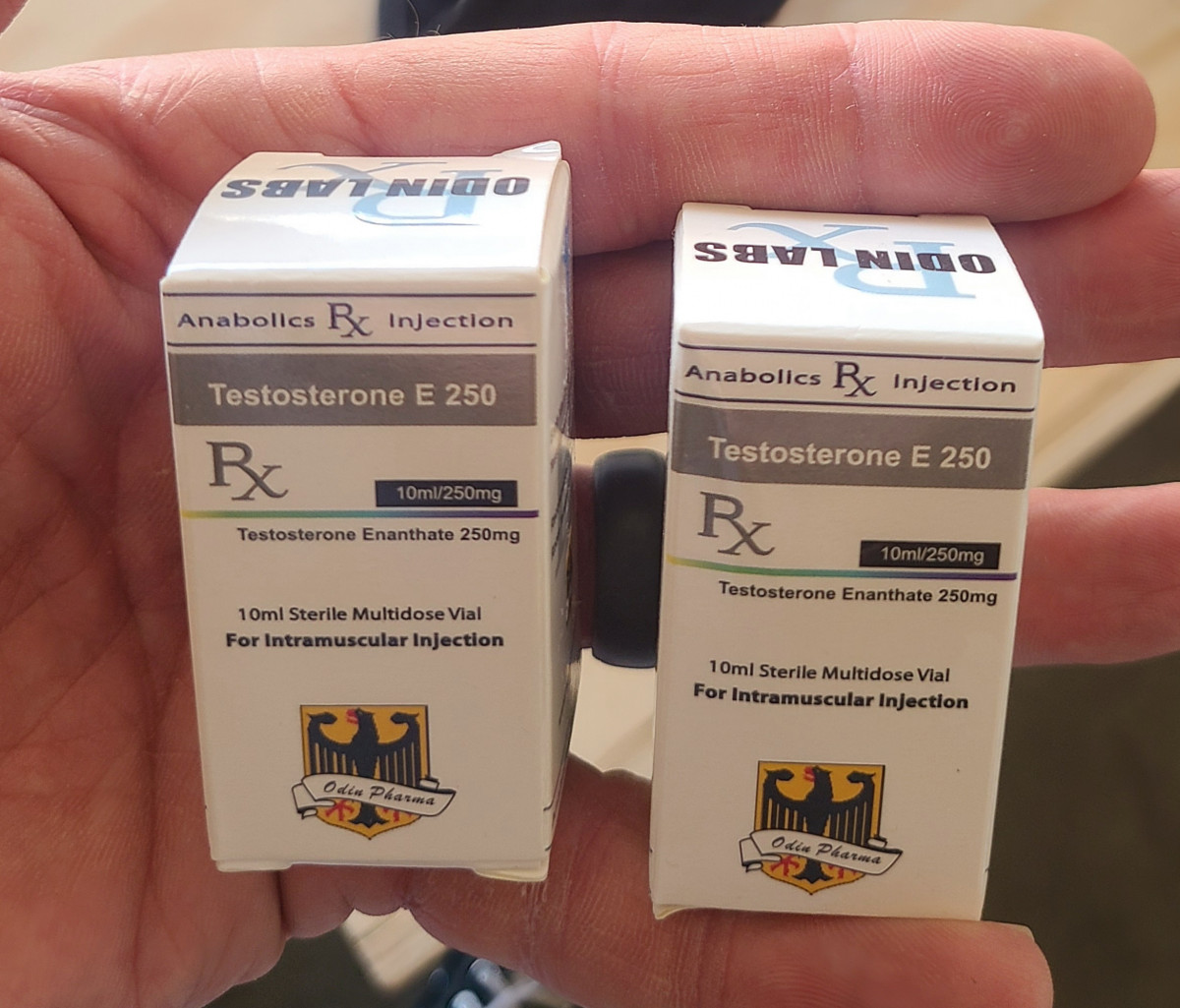 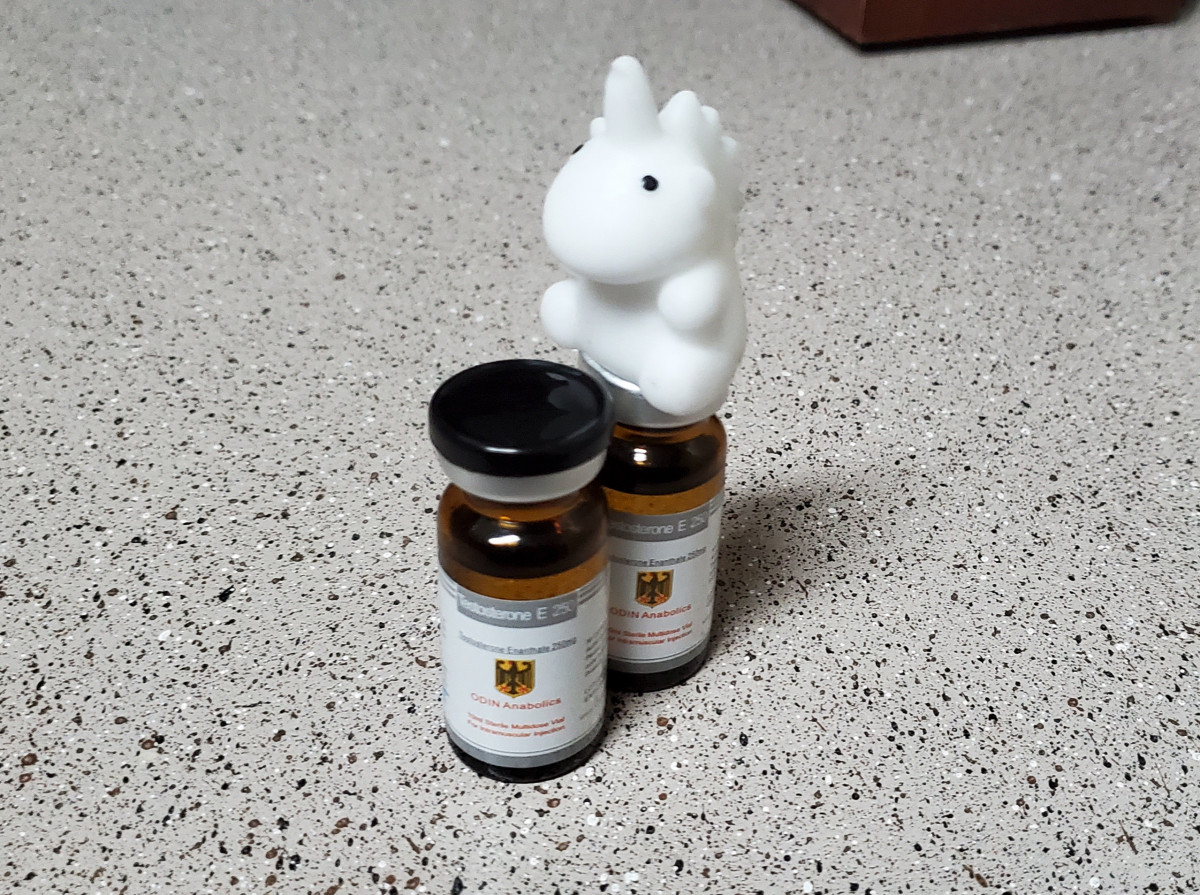 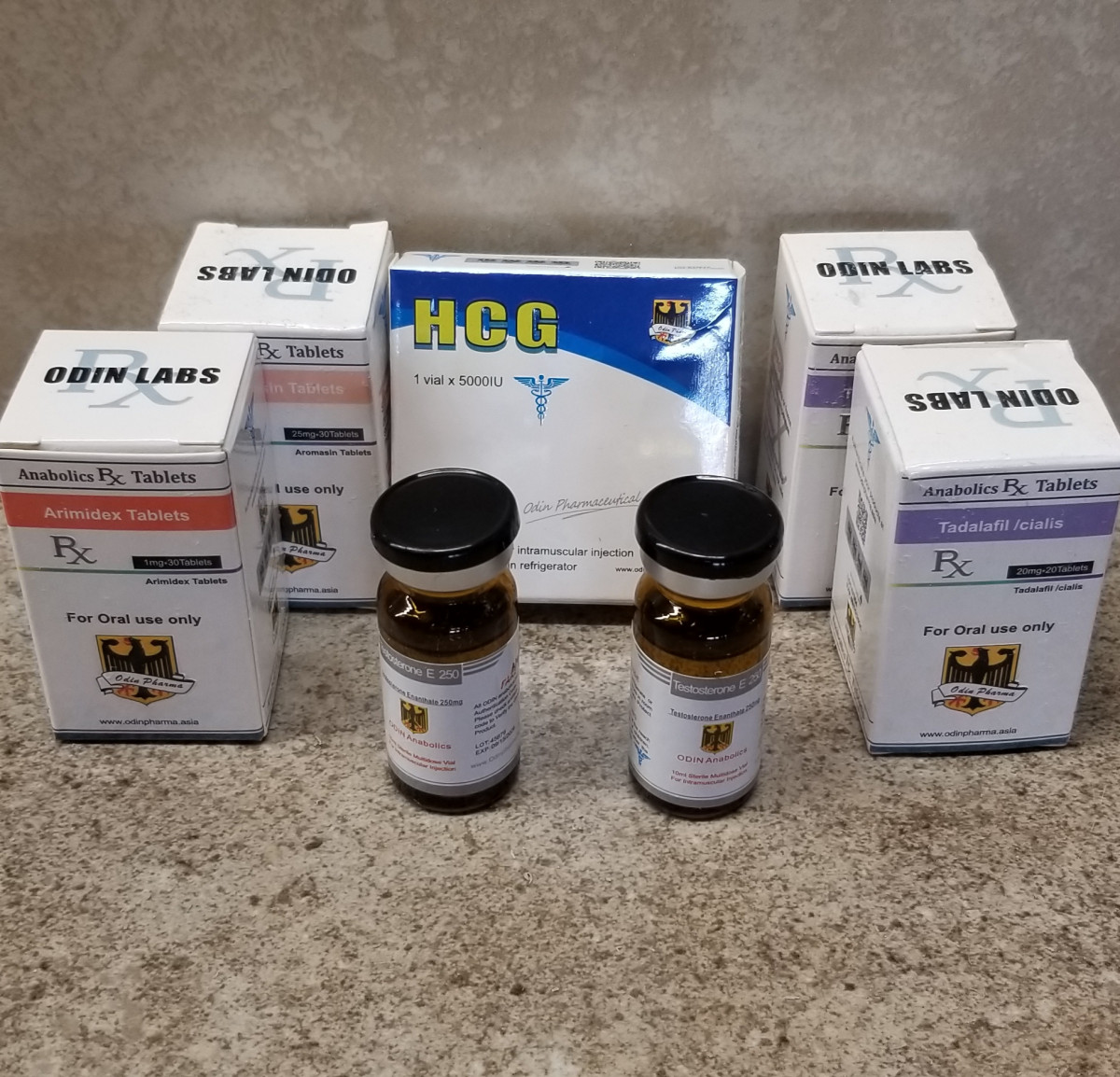 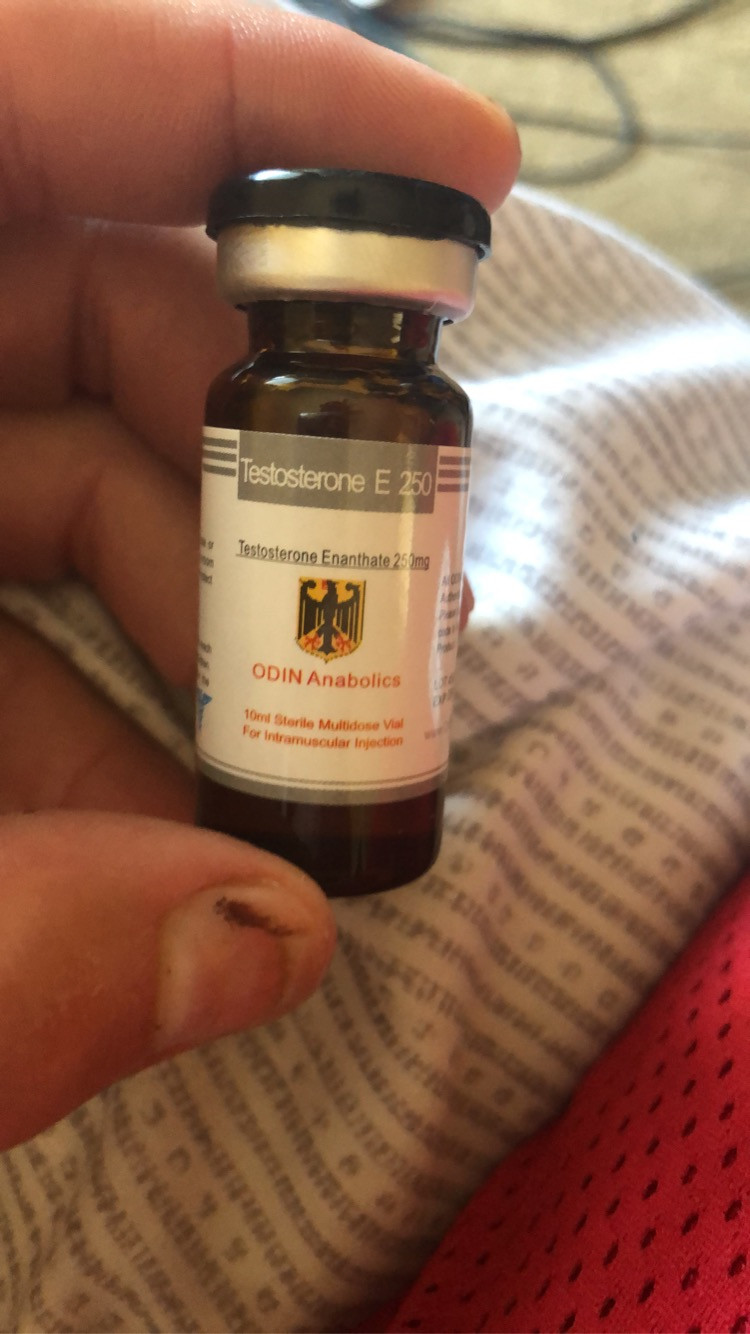 Characteristics:
Testosterone is the prime male androgen in the body, and as such still the best possible mass builder in the world. It has a high risk of side-effects because it readily converts to a more androgenic form (DHT) in androgen responsive tissues and forms estrogen quite easily. But these characteristics also provide it with its extreme anabolic tendencies. On the one hand estrogen increases growth hormone output, glucose utilization, improves immunity and upgrades the androgen receptor, while on the other hand a testosterone/DHT combination is extremely potent at activating the androgen receptor and eliciting major strength and size gains. While not always the most visually appealing result, there is no steroid on earth that packs on mass like testosterone does.

Although Testosterone enanthate is effective for several weeks, it is injected at least once a week since Testosterone enanthate has a plasma half-life time in the blood of only one week.
Like testosterone cypionate, enanthate is a single-ester and long-acting form of the base steroid testosterone. To me, its slightly better value for money than the aforementioned because its ester is only 7 instead of 8 carbons in length. Where that doesn't really change much in terms of release and blood concentration for users who inject on a weekly basis, that does mean that less of the weight is ester and more of it is testosterone. When taking an amount of an esterified steroid, that amount in terms of weight is a combination of the ester and the steroid. Naturally the longer the ester is, the more of the weight it takes up. So its safe to state that 500 mg of enanthate contains more testosterone than does 500 mg of cypionate. Not that this slight difference will be noted on a weekly pattern really, but its enough for me to give it a slight edge if given the choice. Although, as stated with cypionate, your choice between enanthate and cypionate is best based on availability. These are a much better choice than sustanon 250 or omnadren, which are blends of different testosterone esters, due to their irregular release. Nonetheless these versions still appear to be more popular with most users for some reason. Before you compare these to shorter esters under the pretense that even more of the weight would be testosterone, for bulking purposes the release pattern and injection pattern of an enanthate or cypionate is more fitting than that of say, a propionate ester. Enanthate and cypionate are very close in those terms, hence the comparison is possible.

A long-acting testosterone ester may be the best for all your mass-building needs, but its not an easy product to use. Because of the extreme length of action (3-4 weeks) one cannot easily solve occurring problems by simply discontinuing the product, as it will continue to act and aggravate side-effects over extended periods of time. In regards to damage control and post-cycle therapy, some familiarity with the use of ancillary drugs is required prior to using a long-acting testosterone product. Nolvadex and Proviron will come in very handy in such cases and post-cycle HCG and clomid or Nolvadex will be required as well to help restore natural testosterone. Frequency of side-effects is probably highest with this type of product.

Stacking and Use:
Testosterone is the most powerful compound there is, so obviously its perfectly fine to use it by itself. With a long-acting ester like Enanthate doses of 500-1000 mg per week are used with very clear results over a 10 week period. If you've ever seen a man swell up with sheer size, then testosterone was the cause of it. But testosterone is nonetheless often stacked. Due to the high occurrence of side-effects, people will usually split up a stack in testosterone and a milder component in order to obtain a less risky cycle, but without having to give up as much of the gains. Primobolan, Equipoise and Deca-Durabolin are the weapons of choice in this matter.

Deca seems to be the most popular, probably because of its extremely mild androgenic nature. But Deca being one of the highest risks for just about every other side-effects, I probably wouldn't advise it. If Deca is used, generally a dose of 200-400 mg is added to 500-750 mg of testosterone per week. Primobolan is sometimes opted for, and can be handy since it doesn't aromatize, which will make the total level of water retention and fat gain a lot less than with more test or with Deca for example. Unfortunately, its mild nature combined with a lack of estrogen make Primobolan a very poor mass builder. Again, doses of 300-400 mg are used. I would actually suggest a higher dose, but with the current prices for Primo I don't think it would be very popular. My personal preference goes out to Equipoise. Androgenically its not that much stronger than Deca because it has next to no affinity for the 5-alpha-reductase enzyme and is only half as androgenic as testosterone. Its twice as strong as Deca, mg for mg, and has a lower occurrence of side-effects. It has some estrogen, but not a whole lot so it actually tends to lean a person out rather than bloat him up as Deca will. It also increases appetite, which promotes gains, and improves aerobic performance, which may be wishful as testosterone normally has an opposite effect.

Of course testosterone Enanthate can be stacked with any number of compounds apart from these, but these make the best match. When stacking with testosterone, one needs to look at what the other compound can bring. Either it has a characteristic that testosterone doesn't have, or its nominally safer. The testosterone will bring all the mass, so adding another steroid to enhance mass alone, is futile. More testosterone is the best remedy for that.

One needs to be familiar with a host of other compounds when using long-acting testosterone esters however. First of all, anti-estrogens. The rate of aromatization of testosterone is quite great, so water retention and fat gain are a fact and gyno is never far off. If problems occur one is best to start on 20 mg of Nolvadex per day and stay on that until problems subside. I wouldn't stay on it for a whole cycle, as it may reduce the gains. In terms of an aromatase blocker, testosterone is one of the few compounds where Proviron may actually be preferred over arimidex. The proviron will not only reduce estrogen and can be used for extended time on a testosterone cycle, it will also bind with great affinity to sex-hormone binding proteins in the blood and will allow for a higher level of free testosterone in the body, thus improving gains. Usually 50-100 mg will suffice, the lower end is preferred for maximal results since estrogen plays a key role in gains, but those more worried about estrogen should opt for a higher dose.

For those worried about androgenic side-effects (hair loss, prostate hypertrophy, deepening of voice), one can utilize the hair loss treatment finasteride. This blocks the 5-alpha-reductase enzyme and stops the conversion of testosterone to the more androgenic compound DHT. I'm not a big fan of this, because DHT reduces estrogenic bloat, increases free levels of testosterone and is a very potent androgen that is 3-4 times stronger than testosterone. Those worried about hair loss however, may want to opt for arimidex as their anti-aromatase, since Proviron is a form of DHT after all.

After a cycle, mainly due to the high aromatization and increased levels of estradiol in the blood after discontinuing, natural testosterone levels will be severely suppressed. This means steps need to be taken to assure the quick return of natural testosterone, or we stand to lose a lot of the gains we made while using testosterone. Since it's a non-toxic, potent mass-builder its mostly used in long 10-12 week cycles. So some testicular shrinkage will have occurred too. Its very important that people see that HCG and Nolvadex/clomid are essential as a post-cycle therapy, and that both are equally important in achieving our goal.


Casper
Rating: EXCELLENT
Verified Purchase
Great Test.. It works great.. and I got it with in 7 days from ordering it. 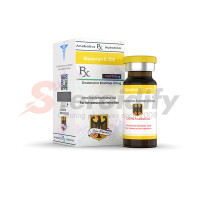 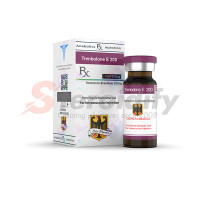 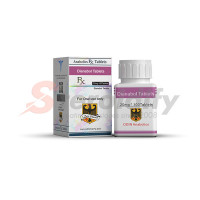 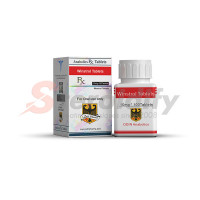 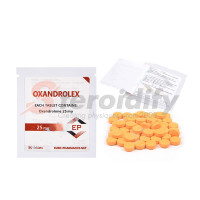 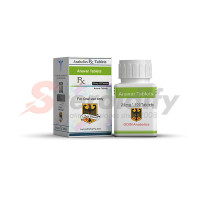 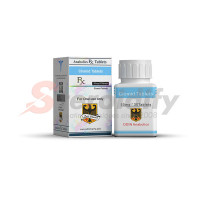 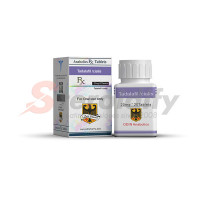 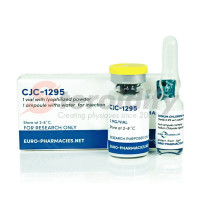 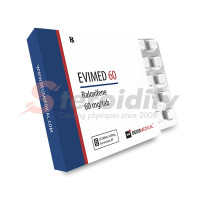 $49.00
Back to top
PRICE LIST ABOUT US
NEWS ARTICLES
LAB TESTS BITCOIN