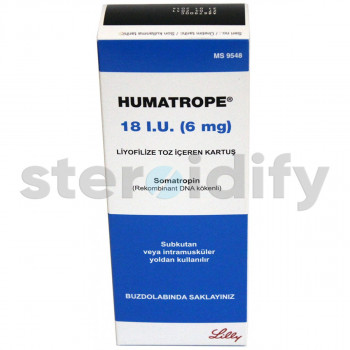 
Randy
Rating: EXCELLENT
Verified Purchase
These guys get it right, every time. The Humatrope is like the fountain of youth for those like myself that have sustained a lot of soft tissue injuries over the year.

As always, the service from Steroidify is seamless. Place the order and relax. Always shows up about three weeks later. Excellent quality and service!